Faces of AB with Tessa Dixson

"The preparation for my show at AB is the biggest I’ve done yet. There will be a set design, outfit changes ... I’m going full Ariana Grande."

With ‘Faces of AB’ we briefly walk into the life of an AB artist. Together we muse about Brussels, these strange times, and AB. We took a stroll with the wildly talented Tessa Dixson this time. She’ll be playing in an almost sold-out AB Box on 27.09.

"In the last 1,5 years, a lot of things happened to me. There was a lot of time for self-realization. Partly due to Covid, I was figuring out whether my job is essential. Especially because the government and politicians don’t really take our job seriously and you’re the last ones to be dealt with. It was hard, but I have this mechanism that I’ve had since forever. I just downplay things so they don’t hurt me personally. I decided to take time to grow and to learn more about myself. I also learned how to produce music by myself, so it was definitely a fruitful period. I was also more conscious about world problems and how to deal with them personally and through my music. That was interesting.

During the first lockdown, I felt really inspired and worked on new music probably every day, you know. I was even doing yoga in the morning: it was a very healthy routine. That took about three months. At that time we all still had a lot of hope. We thought everything would go back to normal after a few months. But then we started realizing that wasn’t going to be the case. It became harder to remain creative because we were so confined. Usually, you get inspired by going to a party and meeting people and talking about things. You share your ideas about music, you go to museums or to the movies. But at that point, you just received information all the time on your phone and were really on your own." 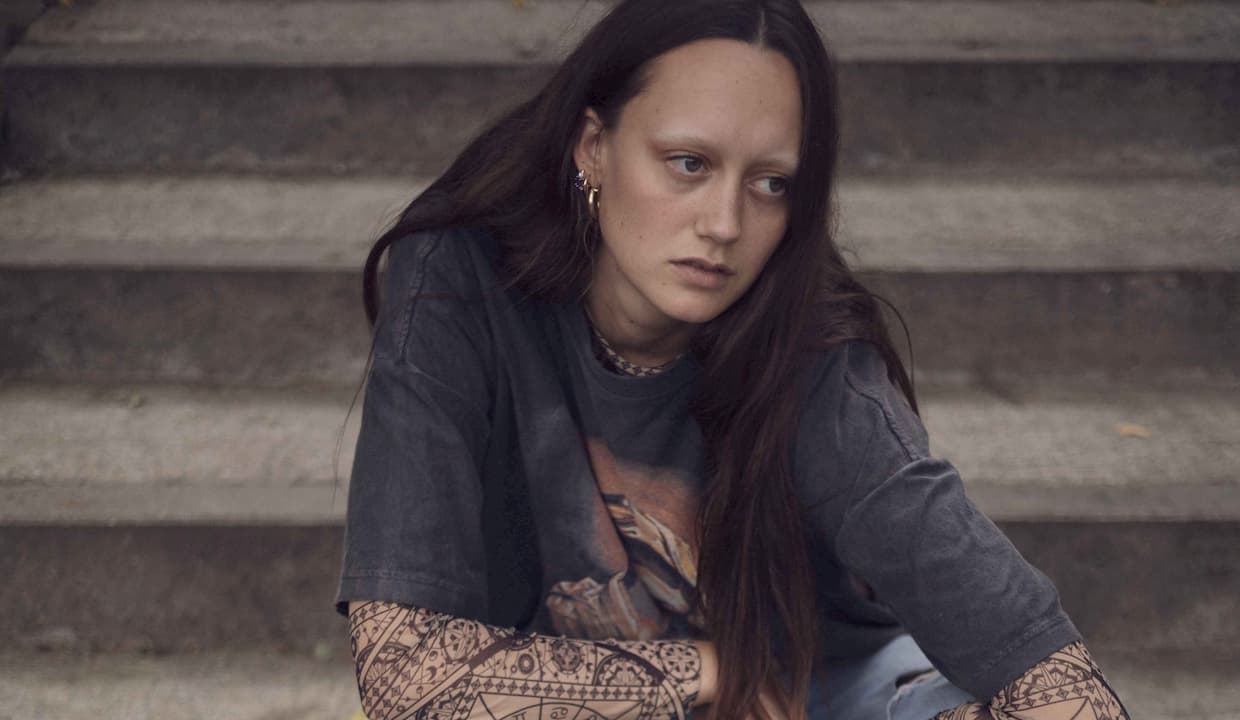 "At the moment I’m doing everything myself. I don’t have a manager, for instance, and I’m doing all the administrative work. That takes a lot of my time – and I have less time to spend on creation. But that’s my choice. I decided to leave some people around me, or they left me. It was a kind of a shared decision. Something about the way I was working had to change. Obviously, I was looking for people, but because of Covid, people didn’t really want to commit. So I was like: I’ll do this by myself. Of course, there are some people helping me out, like my dad. But I don’t have like this main person who’s dealing with everything for me.

One day I definitely want to make a living off of my music. I would love to have a world hit, I would like to step out of the shadows. Being able to tour around the world - I would love that. I have lots of dreams, but I’d rather keep them safely inside my head instead of saying them out loud. I don’t want to be disappointed. Obviously, once you have a goal in mind, you can do everything in your power to make it happen. But like I said before: I have this tendency to downplay things."

"I think there are really cool artists in Brussels. There’s just generally a really cool vibe if you compare it with the big cities around us. I was obsessed with Brussels when I was younger. There’s this electricity in the air here that no other city really has and there’s something really authentic in the way that we do things, especially in music. We have this ‘don’t really care’ mentality. I think it’s really Belgian, like being bon vivant. I don’t see this mentality in France or London. Just look at Zwangere Guy, for example. You can’t find two of them. I mean, even his name, Zwangere Guy. (laughs) I didn’t know what that meant a year ago and I was like WHAT! Jezus Christ. That’s why I love being here.

But I also want to travel. I read somewhere that you can't evolve in a city that you've outgrown and I feel that’s kind of where I am at now, here in Brussels. I know lots of people here. I’m craving new opportunities, new experiences, new acquaintances … So that’s bound to happen. I love London and Berlin. Sometimes I even think about New York, but it’s just so intense. It’s another level. I don’t know if I’m ready for that yet. But everything’s possible, let’s see what life has to offer. But I’ll always come back to Brussels, for sure. This is my home." 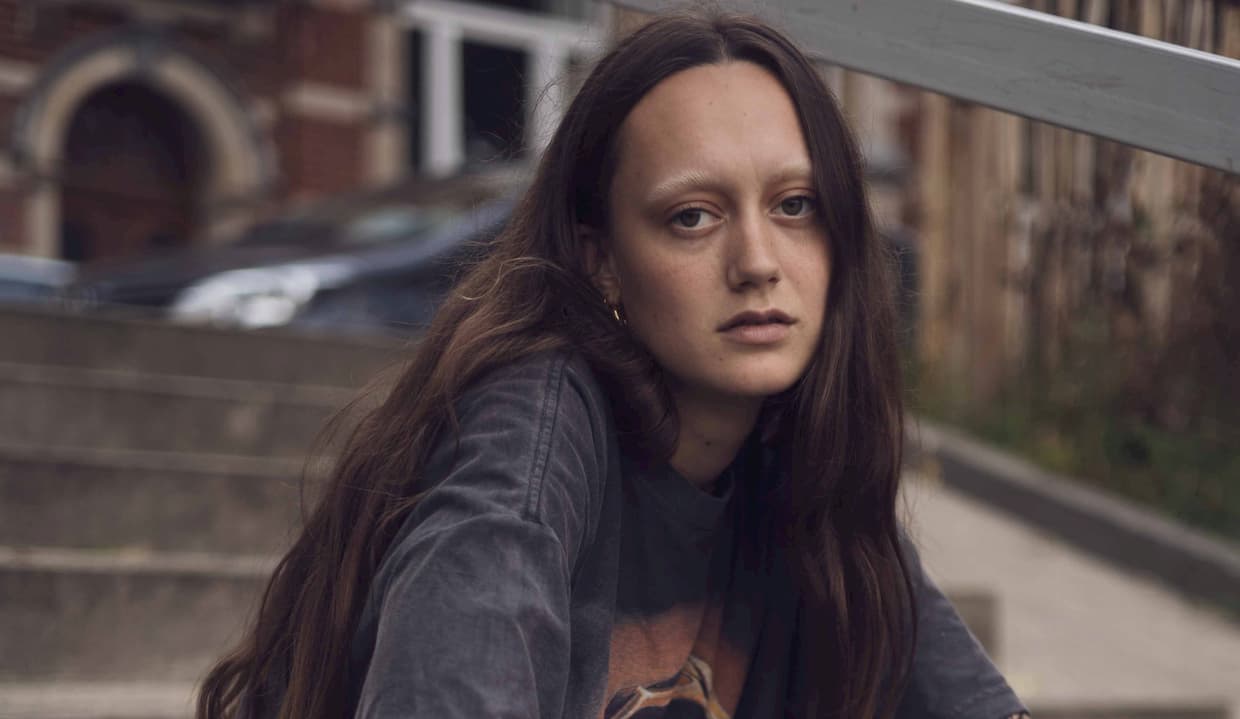 On the AB stage

"What do I expect from my show at AB? Well, it’s a huge accomplishment and the biggest step in my career so far. I used to go see artists at AB all the time and I’d think: wow, that could be me. And now it is me! (laughs) When I was younger and sitting in the car I’d think: I want to be on the radio one day. And now I am on the radio and I don’t really realize that I’m living my dream. It’s so easy to focus on the future that you forget to focus on yourself.

I think it’s going to be very emotional at AB. After covid, after the album… there’s been a lot of frustration. I haven’t been performing, which is a huge huge part of who I am, maybe even more than making music. Playing live will feel ten times better than before. Without masks, with lots of dancing, a different dynamic ... Music is what’s giving life to lots of people. Maybe my job doesn’t save lives, but it’s definitely another way of helping people. Even just being around people again, meeting up with friends, having a drink, sharing emotions ... Feeling connected – even with people you don’t know. A concert is undeniably intricate when it comes to feelings and emotions with all those different people around. It’s so intriguing.

The preparation for my show at AB is the biggest I’ve done yet. There will be a set design, outfit changes ... I’m going full Ariana Grande. (laughs) This is the place for it, you know? It‘s AB after all. "