Faces of AB takes a little walk into the life of someone connected to AB. For this edition we went out with none less than Katie De Buck! 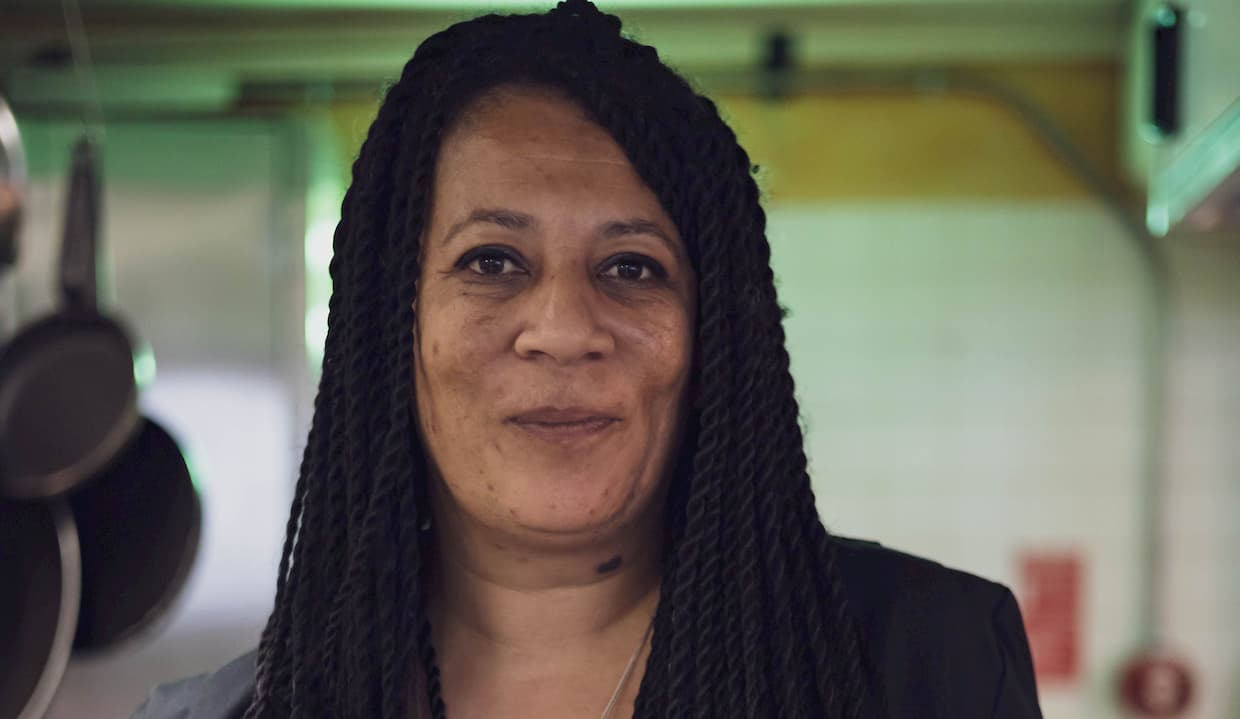 If you hear a burst of laughter from out of AB’s backstage kitchen, then there’s a good chance that it came from Katie De Buck (that’s right, niece of Ghent artist Walter De Buck - who passed away in 2014). Since 2017, for about 3 days a week, she’s been standing amongst the simmering pots in our famous kitchen, the aromas wafting from her secret brews making mouths water.

At first, she did so together with our colleague Marie-José, who she met via a commune in Sint-Martens-Latem. She arrived there at the age of 15. Her now deceased mother had just met a new man in Cadzand, and that’s why Katie had to leave Brussels. Communicating with that new man was no success and so, after a few desperate attempts, she decided to go it alone. Off to the commune then, where they were already cooking vegetarian in those days and where the residents grew their own vegetables. “Those people came from all over the world and worked together to keep things going.”

After that, she ended up in Het Pand, in the Patershol. “That was something special too, also a sort of commune where everyone had their own room.” But actually it was cooking that formed the common theme in her life, so that’s why she started following courses after that. 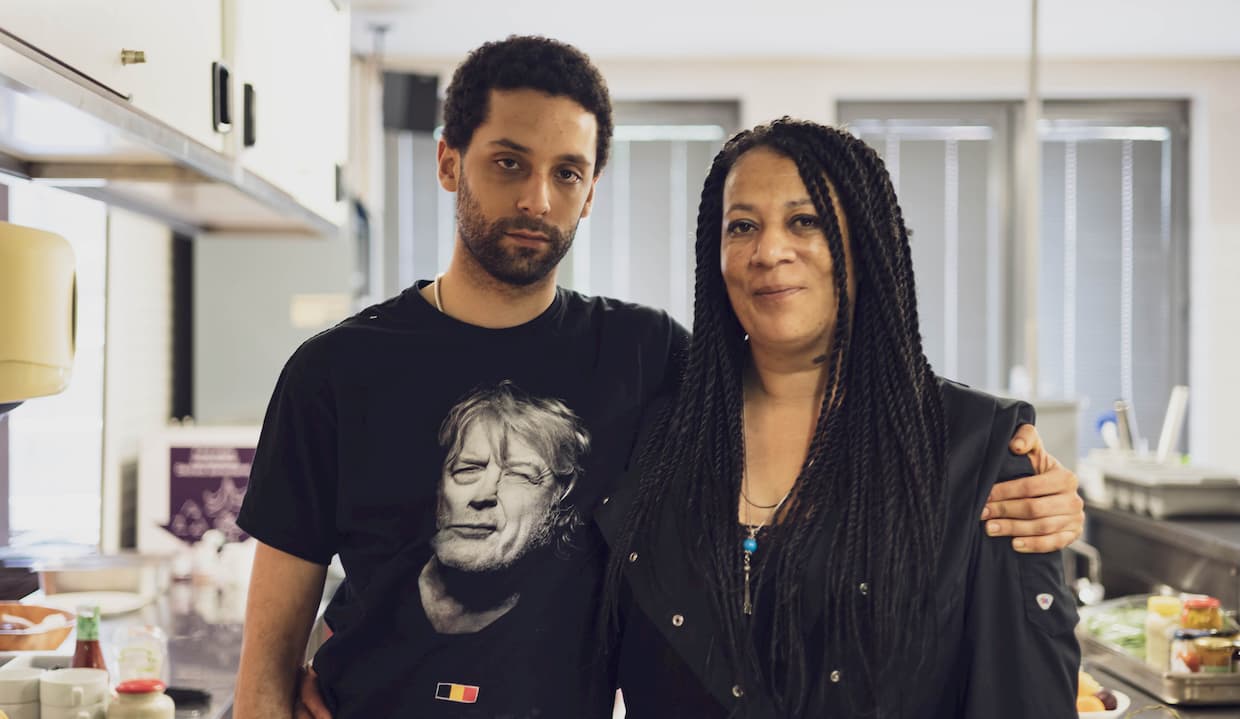 A tip from The Lemonheads

And now she’s in the backstage kitchen of AB, where as of late she has been assisted by her son Arnaud. “No, not named after Le Plus Beau like my T-shirt might have you suspect, it’s Arnoud, in French tu sais… .” She feels at home here, especially due to the multi-cultural aspect… and because she can be creative in her kitchen. “The artists are really grateful people, a few months ago I even received a tip from The Lemonheads. I didn’t really want it and wasn’t sure what to do with it, but they insisted. Many artists are just so happy about the wide range of fresh dishes, you don’t get that everywhere. I’m actually mainly just happy to be able to work here, it’s a privilege."

Katie’s not so familiar with the younger generation of artists. “While I’m cooking, I mainly listen to my playlist with music from the ’70s, like Earth Wind & Fire and Claude François. I like to clean up to Rihanna. My younger colleagues like to listen to boom boom boom music but that doesn’t suit the food.”

Ziggy Marley will be appearing on stage in a few weeks’ time. “I’m stressed and I don’t know why (laughs).” Daddy Bob probably has something to do with that! Sometimes there are things on the rider that she’s not familiar with and has to look up. “Recently, there was no punctuation between the word diet and a name. So I thought that it was about a specific diet (and not about a name) but I couldn’t find any information on it (laughs)." 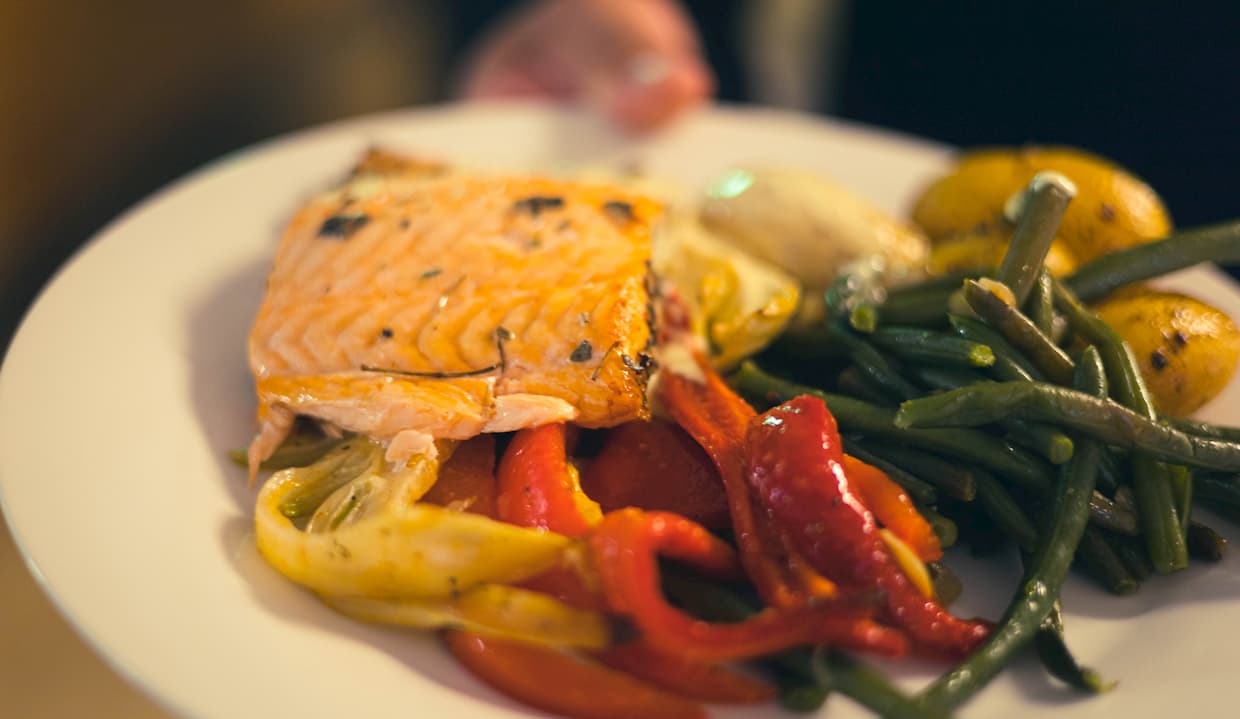 Not always knowing exactly the young artists who you’re cooking for can lead to surprises sometimes. “Once there was a girl that ate almost the entire bowl of fresh fruit. I thought to myself, maybe I really should go say something because there might not be anything left over for the others. Afterwards I saw her on stage, she was the frontwoman of the band (laughs), luckily I had ended up not saying anything.”

Once, there was also an impressive group of Norwegians at the table. “All men with long beards, simultaneously nibbling the meat from the chicken bones. I thought that they didn’t like it all that much, but afterwards I did receive compliments after all.”

Katie can be brief about her activities during the recent corona period. “I stayed home, gained 10 kg, stopped smoking, and did a lot of thinking.”

And then the oven timer went off and Katie had to get back to work. Life in the backstage kitchen never stands still.