“My time as AB’s in-house photographer has ended and that certainly comes with a bit of sadness. But I’m very excited to introduce you to the very enthusiastic photographer that will take over the torch. Despite only dipping her toe into the pool of concert photography since November last year, the incredible talent of Daria Miasoedova is already showing in bright colors. Therefore, it is with much pride and trust that we leave this opportunity in her capable hands.” (Michelle Geerardyn) 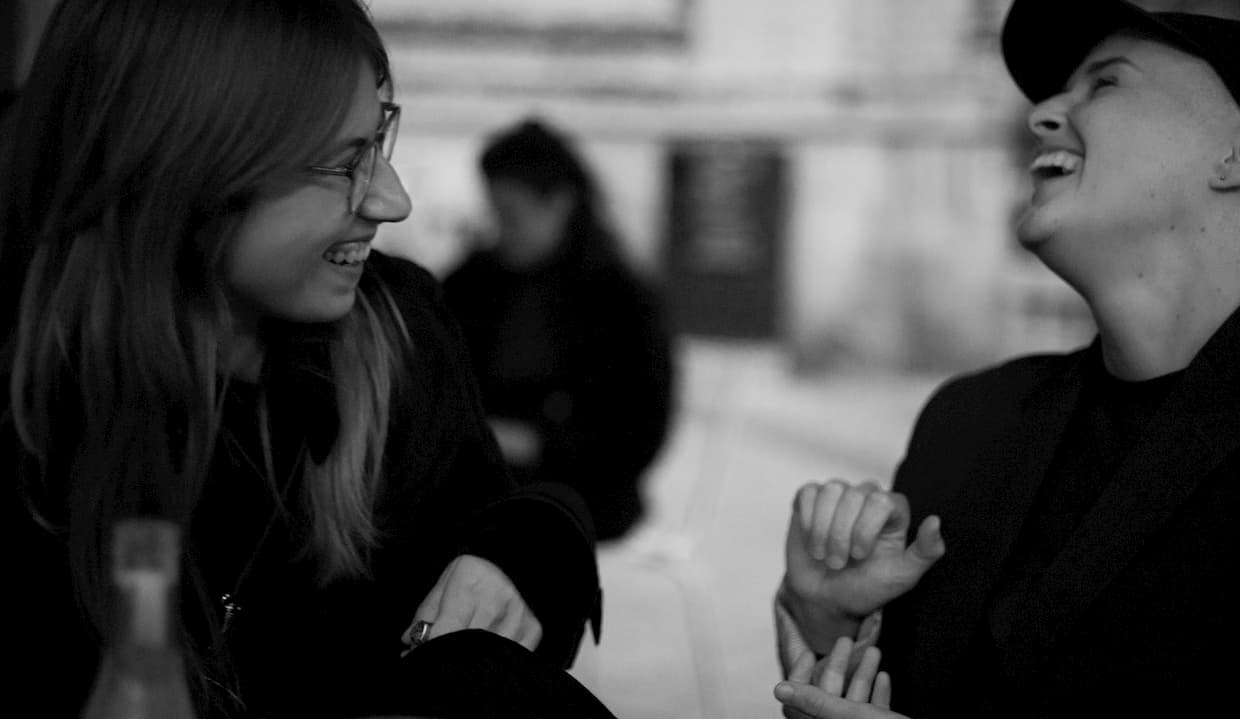 Michelle: What has music meant to you throughout your life?

Daria: I think music shaped my life path. I started to get interested in music quite early. I grew up in a provincial Russian town that was not exactly on the cultural world map, so I had to collect bits and pieces of my music education from music encyclopedias, pirated cassettes, bits of music press and CDs that my friends from Moscow sent to me by post.

By the time I was 16 I finally got Internet connection and got properly obsessed with music forums and last.fm, where I virtually met a lot of like-minded great people. Back then it was hard to even imagine going to a concert of one of the bands I was so passionate about, but this dream eventually pushed me out further. I moved to Moscow, which in these “pre-censorship” times was still a great place to be – free, flourishing alternative culture, everything seemed possible. In 2015 things were already quite different, and I left to Europe to further explore the world of sounds. Needless to say, I was positively shocked by the amount of great live shows around here! I think if I could, I would go to a concert almost every day – which makes this opportunity in AB an absolute dream come true 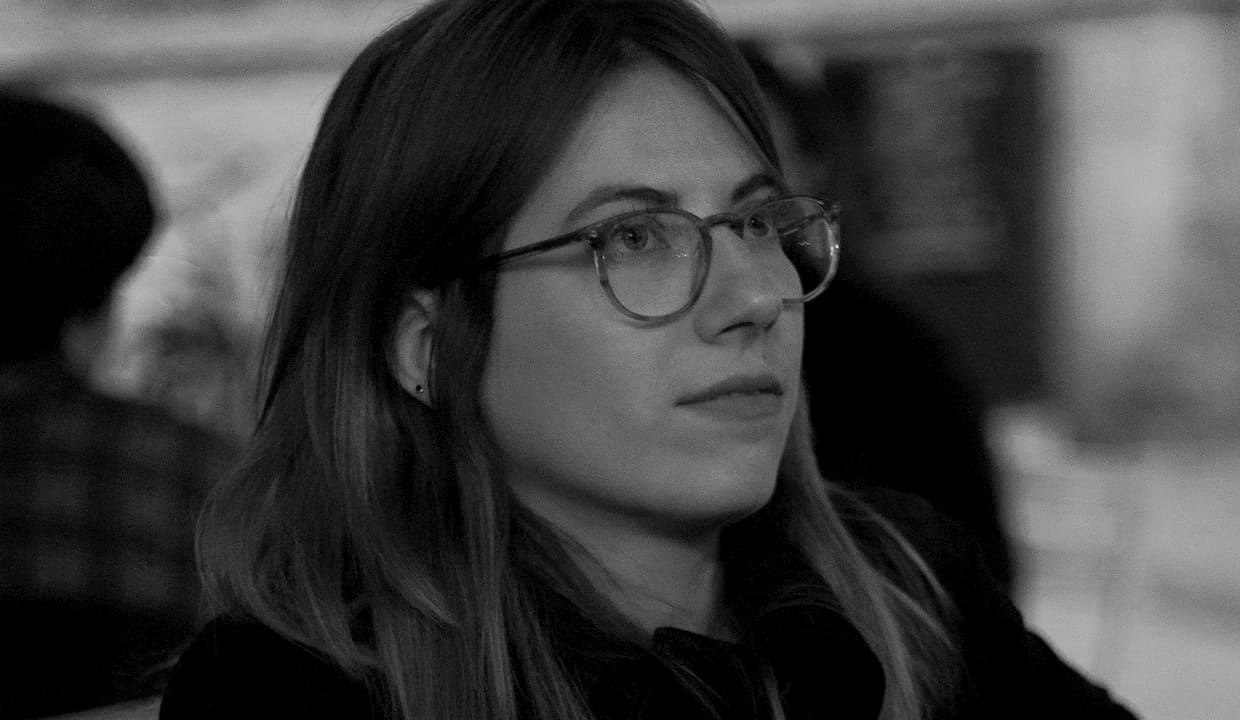 Daria: What kind of relashionsip with music and photography did you have before arriving in AB?

Daria: What did the time in AB give to you as a person and as a photographer?

﻿Michelle: I was already heavily obsessed with music way before my time at AB. There hasn’t been a day filled with music from the moment I wake up until I go to bed since I was 15. I was the friend who tried to drag everyone to concert halls. Eventually that became a somewhat solo adventure every time until I started writing for Indiestyle. My network of people that were just as nerdy about music as me exploded and it felt like I found my home. I had just bought my first camera around the time I started writing for the website and the writing shifted towards photography more and more. I never studied photography so it was the perfect platform to just go out and learn photography in concert halls with a lot of freedom.

The main things I got out of this experience are a huge and lovely network of people within the music industry and confidence. I got to meet so many sweet humans during these years. Some of those people became close friends and I’m forever grateful to have them in my life. Besides the people, I gained a lot of confidence in my photography work specifically and also in life in general. I’m extremely critical of my own work and I got the chance to grow towards something that I’m proud of. Lastly, I just have a lot of gratitude for the chance I got. There is so much energy that comes together in a concert. Getting to capture the balled up energy by so many people - the artist, the people that clean, people that sell tickets and make sure you find the event online - never ceases to amaze me and feels like an incredible privilege. 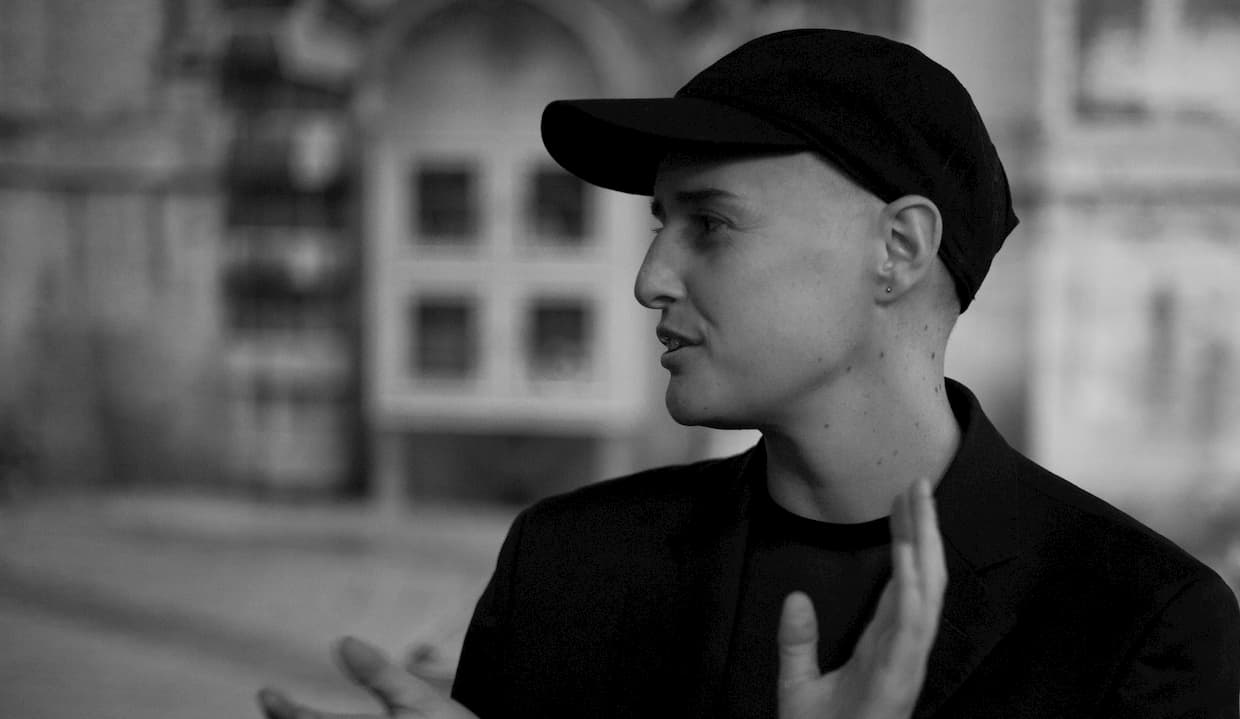 Michelle: If you could curate a weekend at AB, what artists would be on stage?

Daria: Well I have a taste for somewhat darker music, I would love to feature Iosonouncane, my all-time favorite band Swans, Yves Tumor, Boy Harsher, Death Grips… and a room with experimental electronics: Holly Herndon, Matmos, Andy Stott, Kelly Lee Owens, that would be followed be a night of middle-eastern indie electronic dances with the likes of Taxi Kebab, Acid Arab, Cheb Runner…

And I think we all would agree that after the last IDLES concert we want some more, after an appropriate recovery time from this madness!

Michelle: What do you expect from your time in AB?

Daria: Stage to develop, room to explore… Every concert I already had a chance to photograph in AB felt like a little life in space of one evening. Next year will definitively be very special!

Daria: Were there shows in AB that you would describe as your milestones? What were they and why?

﻿Michelle: The first show I shot as the new in-house photographer was Little Simz. It felt very unreal because she’s one of my favorite artists and it was not officially announced yet, so the secretive nature of that evening made it extra wild. Then there was a series of concerts just before covid hit when I was really settling in my comfort zone, finding my visual identity and acquiring confidence in my work. The images I made of King Krule and Big Thief were a big step for me in that sense. Any ‘show’ during lockdown was special. The rhythm of the shows was different, there was no crowd, there was more time to connect with the artists. And this showed me that I function better in an environment that has a slower pace. My favorite lockdown show was Casper Klausen. He installed a green screen and did a lot of interaction with the people at home. It was also a very weird experience because my pictures looked nothing like what the crowd at home saw. For them, he was chilling and picnicking along a lava stream, and I took pictures of a silly man in a tight green suit against a green background. The last show I did was Warpaint and they are the most influential band of my life. They changed my idea of what it means to move around the music industry as a woman and made me believe I could somehow be a part of it. To be able to shoot their show as AB’s in-house photographer was just beyond wild. Meeting them and being able to make pictures I’m very proud of, is easily one of the best moments of my life. 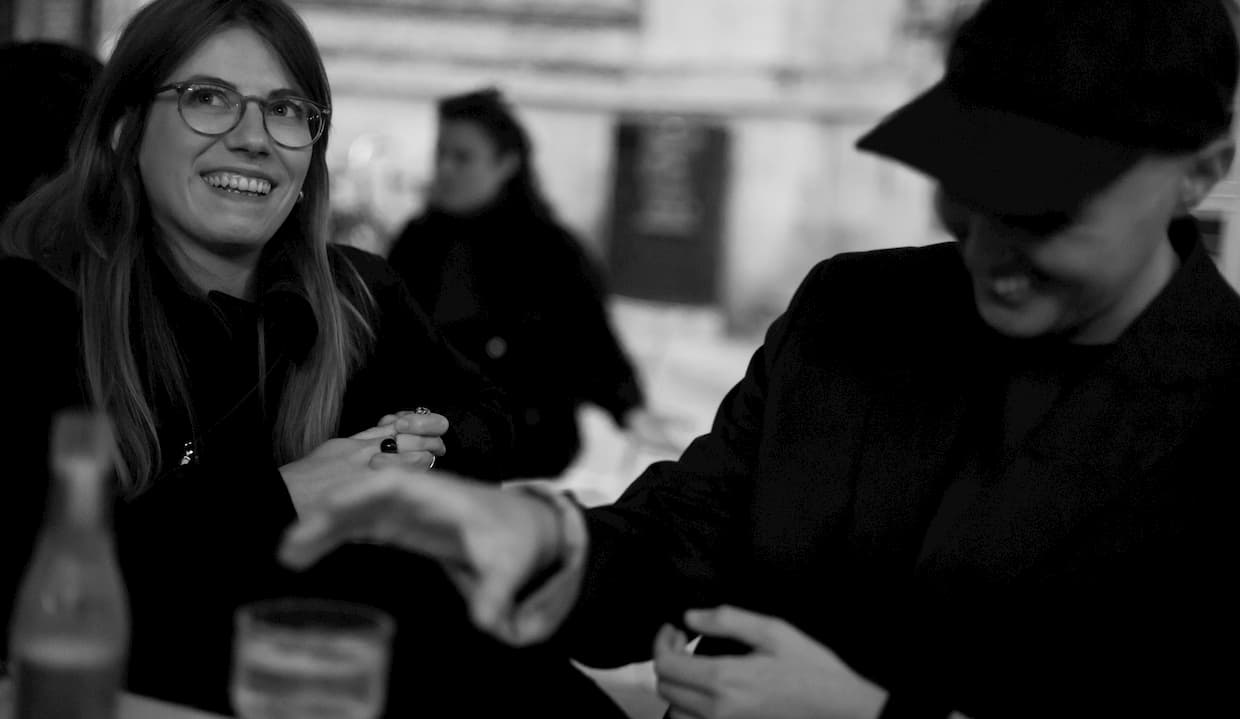 Michelle: Apart from the concert photography when did you get interested in photography in general?

Daria: Looking back at it, I think the fact that I started photographing on iPod was definitively an early sign that I would eventually end up in a photo pit… I would not recommend this gear though!

I got more seriously interested in photography in my first university years, via own naïve practice and exploring the photo exhibitions in Moscow. In 2016 I became an intern in education department of The Rencontres d'Arles photography festival, and this experience really expanded my visual horizons. Covid was definitively a milestone as well, in that time I got interested in low light photography and started running around with a flashlight with color gels on it… was definitively missing the atmosphere of concerts!

Michelle: How do you see your role within the vast web of the concert industry as a concert photographer?

Daria: In a way I think concert photographers are really privileged to get the cherry on top: we turn up to the show when all preparations are behind, and get to enjoy the things we love the most – live music and photographing! In return, there is a huge responsibility of capturing the magic created by the artists and people behind the scenes.

Michelle: I already new your work because you joined the workshop I gave in Trix. How did you decide to follow the workshop?

Daria: By the time I’ve seen an invite to the workshops in Trix I’ve already done a few concert photosessions in my first home Het Bos in Antwerp and got absolutely obsessed with concert photography. The unhealthy load of YouTube content I devoured left me with more questions than answers, so when I saw this workshop on Trix’s programme I never clicked on anything so fast in my life! I was also really excited to follow a workshop from a fellow female photographer, and your photos really inspired and captivated me. Best decision ever!

Daria: What are your plans for the future?

Michelle: Right now, I’m trying to figure out what my visual voice is outside of concert photography. I was lucky to get into a project with Breedbeeld together with nine other photographers that works towards a group expo next spring. So I’m looking forward to learning and experimenting in new ways.

Thanks to Canon Belgium